This Blog enthusiastically supports the individual landmarking of 339 West 29 Street,at northern edge of Manhattan's Chelsea district.This 1840's townhouse was once the home of the prominent nineteenth century family of abolitionists/social reformers:that include Abigail Hopper Gibbons and her husband, James Sloan Gibbons as well as Mrs. Gibbons' father and mentor, Isaac T. Hopper. In Fall of 2007 a serious alarm was raised when a new owner of 339 West 29th Street, commenced remodeling with the intention of adding a penthouse, altering the uniform cornice and threatening the historic integrity of the building. Dilgent research, has shown that there is compelling evidence that the building was not only,home to the legendary Abolitionist family but was also specifically targeted during the Draft Riots of 1863 and can further be established through a contemporary eyewitness accounts as being a station on the Underground Railroad.

"the house of Mrs. Gibbons was a great resort of abolitionists and extreme antislavery people from all parts of the land, as it was one of the stations of the underground railroad by which fugitive slaves found their way from the
South to Canada. I have dined with that family in company with William Lloyd Garrison, and sitting at the table with us was a jet-black negro who was on his way to freedom...Lucretia Mott the celebrated female preacher of that day was also a frequent guest."

As Underground Railroad Stations are supposed to be preserved by law, 339 West 29th St. (the Hopper-Gibbons' home) must be given landmark status. Similarly, as there are not a great many examples of 1840's architecture left in Manhattan, the Landmarks Preservation Commission should give this rare surviving example theroef, the landmark status it deserves, thus preserving the architectural integrity of this building.

Upon comencement of the first-ever military draft, Draft Riots engulfed New York City. At the Gibbons home at 19 Lamartine Place (now 339 W. 29th St.) were Abby’s husband, James Sloan Gibbons, and their two younger daughters, Julia and Lucy.
The Gibbons home became one of the many targets of the angry mob,who chanted "Gibbons,Greeley".

Below are a few glimpses of what happened to their home on July 14,1863 from a letter (dated July 17) from daughter Lucy to her Aunt Anna:

"As for Bridget, the [Irish servant] girl, it was impossible to alarm her. Her sole consideration was getting through with the washing.... .... In fact, at about 5 o’clock,...I proposed taking a bath [after she and Julia had moved some clothing, personal papers, and portraits to their aunt and uncle’s home next door]. Fifteen minutes later, the mob appeared. .... Our neighbors behaved nobly. Judge Robinson entered with the mob and saved what he could--a portrait of Willie [their brother, who had died in a freak accident while a student at Harvard, a few years earlier], a drawer full of letters,...Mr. Horn stood in the parlor and threatened the mob with a pistol. He drove off the women (!!!) who were trying to set fire to the house with torches, but was finally obliged to retreat through the back window. Mr. Grey rescued a sheet full of wet clothes which were being carried off; and his wife had them re-washed and ironed. A lilttle boy from somewhere, only about twelve years old, helped like a little soldier, bringing buckets of water to put out the fire. .... Our butcher [probably an Irishman] went into the midst of the mob, and declared he would not have that house touched, for which he was badly beaten, but will recover. Father was at the Fifth Avenue Hotel making a last appeal for military to protect the premises..... Mr. [Joseph] Choate...[accompanied us] over the roofs to the end of the block, (by this time the mob was violent) out of a house there [owned by a Jewish man], procured a carriage which waited in 8th Ave., put us all into it, and brought us [to his family’s home on W. 21st St.].

The above item is Excerpted from “The Life of Abby Hopper Gibbons as Told Chiefly Through Her Correspondence,” By Sarah Gibbons Emerson (1896) 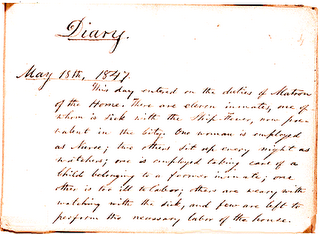 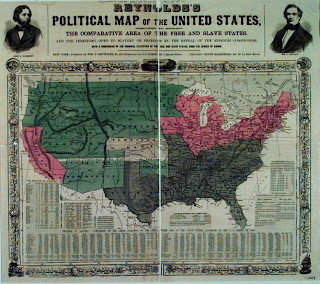 The building is part of a handsome row, once known as "Lamartine Place" and the block as a whole has much noteworthy history.However,neither the Gibbons House, nor the related block has any historic landmark protection, and if this is not remedied soon all could be lost. Currently, New York City has no museum commemorating its abolitionist history, and tepid recognition for sites associated with the Underground Railroad. Clearly this must change........

Posted by LamartineChelsea at 9:26 AM No comments: